A trichomoniasis infection is a sexually transmitted disease caused by a parasite. Trichomoniasis, also known as trich, is a common yet curable sexually transmitted disease. There are approximately four million people in the United States who are infected, with only one third of them experiencing symptoms. The disease can affect men and women but it is more commonly seen in women.

Trichomoniasis often has no symptoms so most people are unaware that they are infected. People who develop symptoms, usually develop them within a few days or weeks after exposure, within approximately 5 to 28 days of after being infected. Symptoms may came and go and may vary in men and women. In women, symptoms may include:

Symptoms in men may include:

A doctor can diagnose trichomoniasis through a physical examination and a review of symptoms.This condition is sometimes difficult to diagnose in men due to the lack of symptoms, while women may sometimes have small red sores from irritation on the vaginal wall or the cervix. In order to confirm a diagnosis, a sample of the vaginal or urethral discharge is taken and sent to a lab for a definite diagnosis.

Trichomoniasis does not usually lead to serious complications. It may however, increase several risks for women, including:

It is important to seek proper medical care for trichomoniasis and any other sexually transmitted infection. 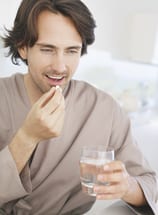 Trichomoniasis can be cured with antibiotics. In most cases, a doctor will prescribe antibiotics, such as metronidazole or tinidazole, which are taken orally in a single dose. Both partners should be treated even if they do not have any symptoms. Patients are advised to avoid unprotected sexual relations until treatment is completed, even if symptoms disappear before that time. The reinfection rate for trichomoniasis is 20 percent within three months after treatment. Women can be infected repeatedly by men who have never exhibited symptoms. It is therefore important to practice safe sex methods and use condoms during sexual activity.

The risk of contracting trichomoniasis may be decreased through the following methods:

Patients infected with trichomoniasis should inform any sex partners of the infection to make sure they are tested and treated. This reduces the risk of re-infection and spreading the disease to a partner.

With treatment, patients can maintain a safe and healthy sex life while also reducing the risk of complications from infection.